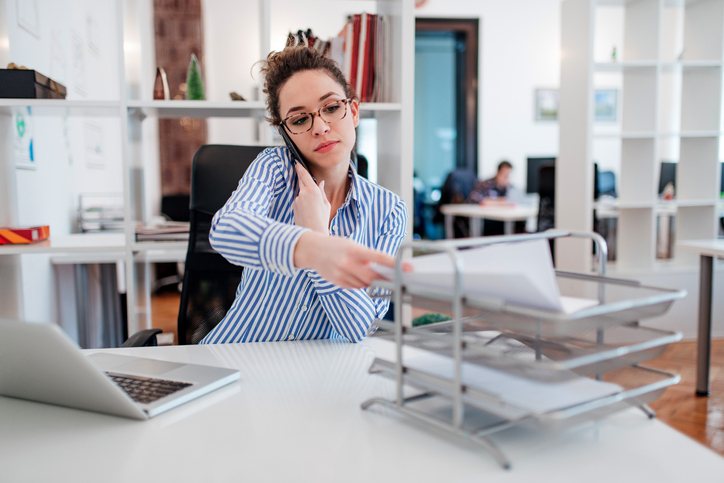 If you’re considering a certificate in office administration, you’ll be joining others who chose a career with a rich history and one that has evolved into a vital role for any business in any industry. Office administration has been around for decades, but with varying titles and responsibilities. This has led to it being taught and respected as an essential career within the professional business world.

At Discovery Community College, you’ll get hands-on training in office administration that’ll provide you with the skills needed for a career in any modern office environment. With advancements in technology and the rapid growth of the business world today, you’ll find that office administrators are facing more dynamic responsibilities than ever. Read on to find out how this career has become what it is today!

Those With Office Administration Training Used to Be Known as “Secretaries”

After the Industrial Revolution and the end of the American Civil War, various industries started booming. The rise of new industries – such as textiles, iron and other goods – came with a growing need for physical labour as well as office work to assist with the daily operations of businesses. Men were hired for their capabilities in construction and industrial work, while women were seen as more suitable for office work.

The term “secretary” was born, although this isn’t used for office administration training graduates today. This title was given to women and was derived from the Latin word meaning “secret,” which highlighted the importance of the role in upholding privacy and trust in the business. The perception that women were better suited to domestic skills, such as organization and presentation, made them desirable for a role as the face of the office.

The Secretary Had a Limited Role to Play

By the 1920s, secretaries were essential to any business, but their roles and responsibilities remained limited. A secretary was seen as a subordinate and had no chance of moving up to higher management positions. Back then, secretaries had to possess excellent communication and typography skills, especially with the rise of the typewriter. They would answer calls, redact documents on the typewriter, get coffee and drop off and pick up dry cleaning for their male managers. They were undervalued when it came to positions within any industry, unlike the important role graduates with an office administration certificate play in the modern office environment today.

The role a secretary played took a major shift after World War II and during the women’s rights movements of the 1960s and 70s. This period brought a change in the workplace for women as various job opportunities started to open. With secretary shortages and the advancement of women’s rights movements, businesses and the National Secretaries Association started listening to women’s demands.

As women demanded better pay, written job descriptions and overtime compensation, the secretary title changed to a more favourable title, like “administrative assistant.” This was the beginning of the major role that office administrators play in today’s business world. With proper training and technology, office administrators today enjoy competitive salaries and a broad skill set in computerized business applications, accounting and finance. This allows them to manage the daily operations of an office, from budgeting, maintaining websites and scheduling to bookkeeping, managing meetings and organizing travel.

What our graduates say

I was able to practice skills in the classroom due to the small class size and found employment right out of graduation.

Why Designation is Important

Wait!
Not Sure You're Ready?

This fun, online quiz takes 3-minutes to complete and you’ll get a personalized report. Get Your Career Training Readiness score now!

Start The Quiz Now!
No Thanks, I don't want to know my score.